The promises of virtual and augmented reality (VR/AR) have been described plenty of times before: Fully immersive video games, sideline-quality views of sporting events from the comfort of a living room, surgeons reviewing a patient’s medical records and scans mid-procedure without leaving the operating table and many other flights of fancy.

The problem has always been the limits of the technology. Processing speeds in headsets have traditionally been too slow to keep up with the movements of human eyes and limbs, and the headsets’ visual displays have lacked the high definition necessary to resemble the real world (for VR) or integrate seamlessly with real-world vision (for AR), leaving users frustrated.

That could soon change. According to a research report released last year by Goldman Sachs, VR/AR hardware and software are finally beginning to catch up with consumer expectations and are poised to disrupt a number of markets, including real estate.

The report sees VR/AR becoming a $2.6 billion market in real estate by 2025 as headsets such as the Oculus Rift and the Microsoft Hololens improve over the next few years. It’s essential to begin preparing for the expansion. In addition to virtual walk-throughs of both finished and unfinished buildings and virtual models projected onto desks and tables in the real world – innovations which are already in ongoing development – companies see opportunities for more game-changing developments a little farther down the road, once mass adoption takes hold.

The VR/AR Technology Is Already Here
“Real estate, architecture, and design are already working with 3-D models, and VR and AR are, in essence, just an extension of that process,” said Chad Eikhoff, founder of Atlanta-based TRICK 3D, one of several companies that’s already getting in on the ground floor of real estate’s VR/AR transformation.

Last year, he and his team released Floorplan Revolution, a product that can create an interactive virtual 3-D model of a space from nearly any two-dimensional floorplan, not just
detailed architectural drawings.

For existing spaces, there’s Matterport, a San Francisco company that has created a specialised camera to capture 360-degree 3D scans of rooms, which can then be pieced together into a unified, tourable layout and hosted on Matterport’s website. The cameras are fairly costly, at $4,500 each, but the company’s working to open its models up to VR as much as possible as it improves the efficiency and cost of its signature product. It decided in October of last year to make every one of its models VR-capable and viewable on devices ranging from the Gear VR to the $15 Google Cardboard, and recently it supported Google’s adoption of WebVR, which enables the viewing of VR spaces directly in Chrome browsers, without the need to download an app.

“We had more than 300,000 models that we turned live with VR,” Matterport vice president of sales and business development Mark Tepper said.

“We’re continuing to do that, and we’ve said we’ll do that free until June to give us an idea as to how people are using it.”

In the AR sphere, AR Pandora Reality is getting things off the ground with technology that allows customers to use their smartphones and tablets to examine miniature virtual models of new real estate projects as if they were positioned on a real-world desk or table in front of them, and they can also use it to project virtual finishes and furnishings into existing spaces to see how they might look.

The company is already working on demo versions of its product for developing AR headsets such as the Hololens, but it’s waiting for the technology to become sleeker and cheaper before it seriously rolls things out. “Software-wise, we’re quite ahead of the curve,” AR Pandora Reality Founder Alper Guler said.

“And we’re waiting for new toys to come out to amaze people.”
How Soon Will We See Mass Adoption of Virtual Reality Software?
Goldman Sachs’s report predicted that VR hardware and software makers would start addressing challenges such as “haptics (use of hands), visual display (pixel density, quality), audio (compute power), and tracking (mapping)” last year, and the company expects “to see continuous product improvement over the next three to five years.”

Real estate experts already in the field agree and say that the enhancements and resulting cost reductions will likely lead to wider adoption of VR in the industry within the next two years or so, with AR not much further behind now that products such as the HoloLens and the Meta 2 are entering the market.

“If you look at the amount of advertising that’s going on – TV ads, Super Bowl ads, online ads – it’s everywhere.”

He noted also that he’s already seeing larger real estate brokers sending out branded Google Cardboard viewers for the marketing of larger projects, and he believes that process will soon spread.

“Within two years, this will be a commonplace occurrence, where you have somebody who’s looking for a property, and you say, ‘OK, before we go out on tour, here’s 15-20 that you should look at via VR,’” he said.

Size-wise, AR headsets are “quite bulky today, but in two, three years’ time, those glasses will shrink into our daily life,” Guler said.

“Apple is working on it, Microsoft, Google, Magic Leap, Meta 2 – all these companies are investing in these technologies.”

The above is an excerpt from the Fourth Edition of the Occupier Edge, originally published by Cushman & Wakefield. 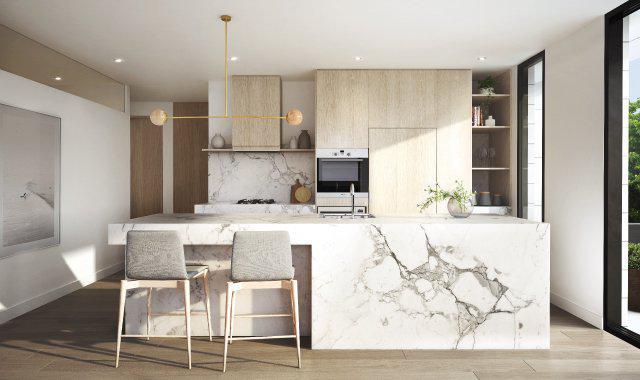 How Off-The-Plan Property Marketing Is Rapidly Changing As The Target Market Shifts From Investors To Local Owner-Occupiers. 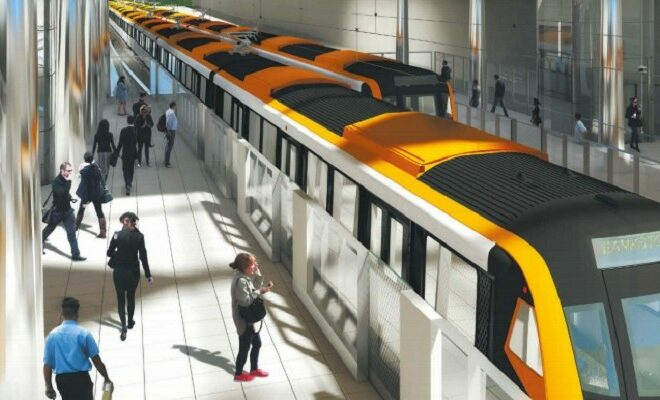 Get used to your commute: data confirms houses near jobs are too expensive